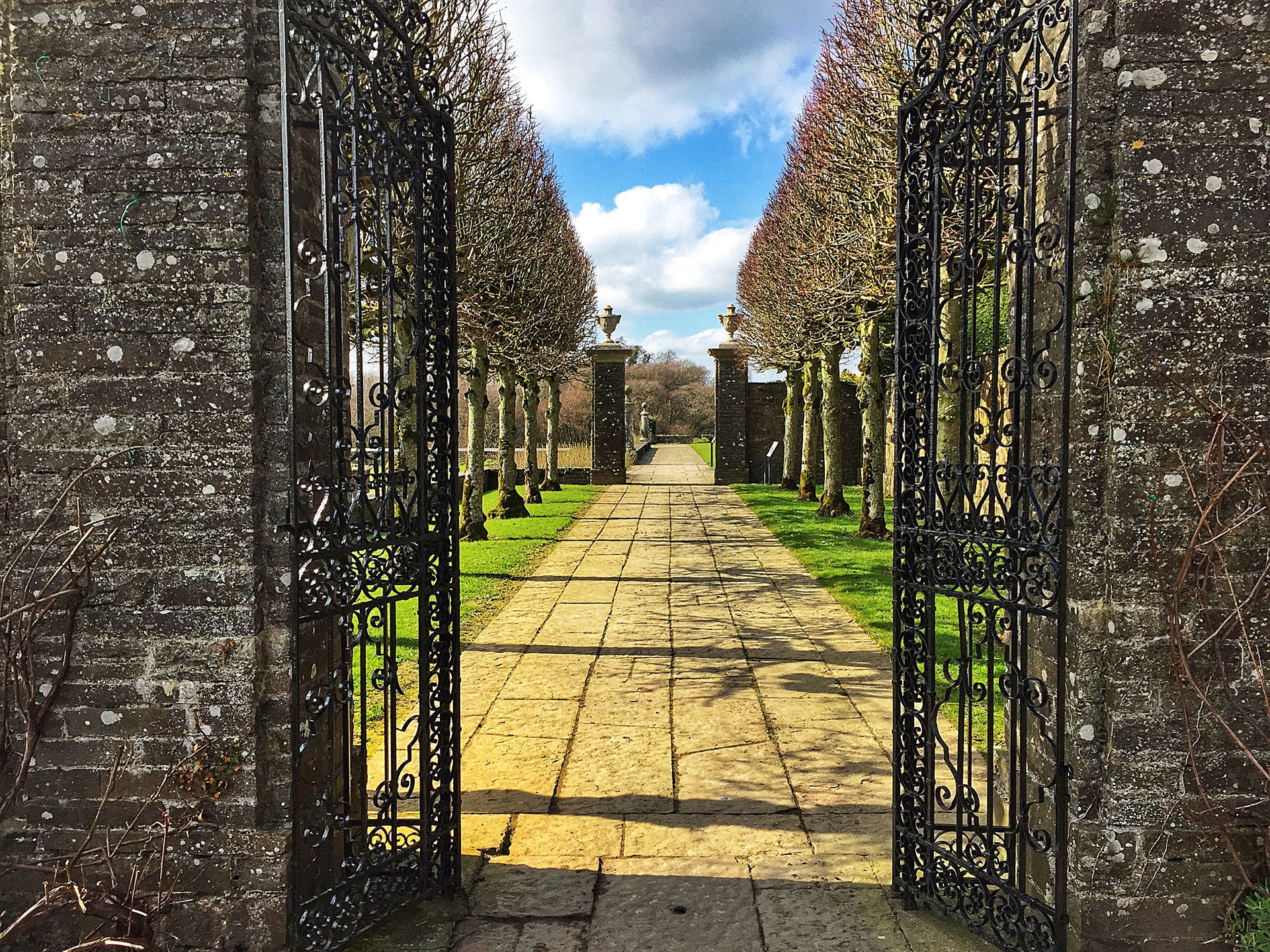 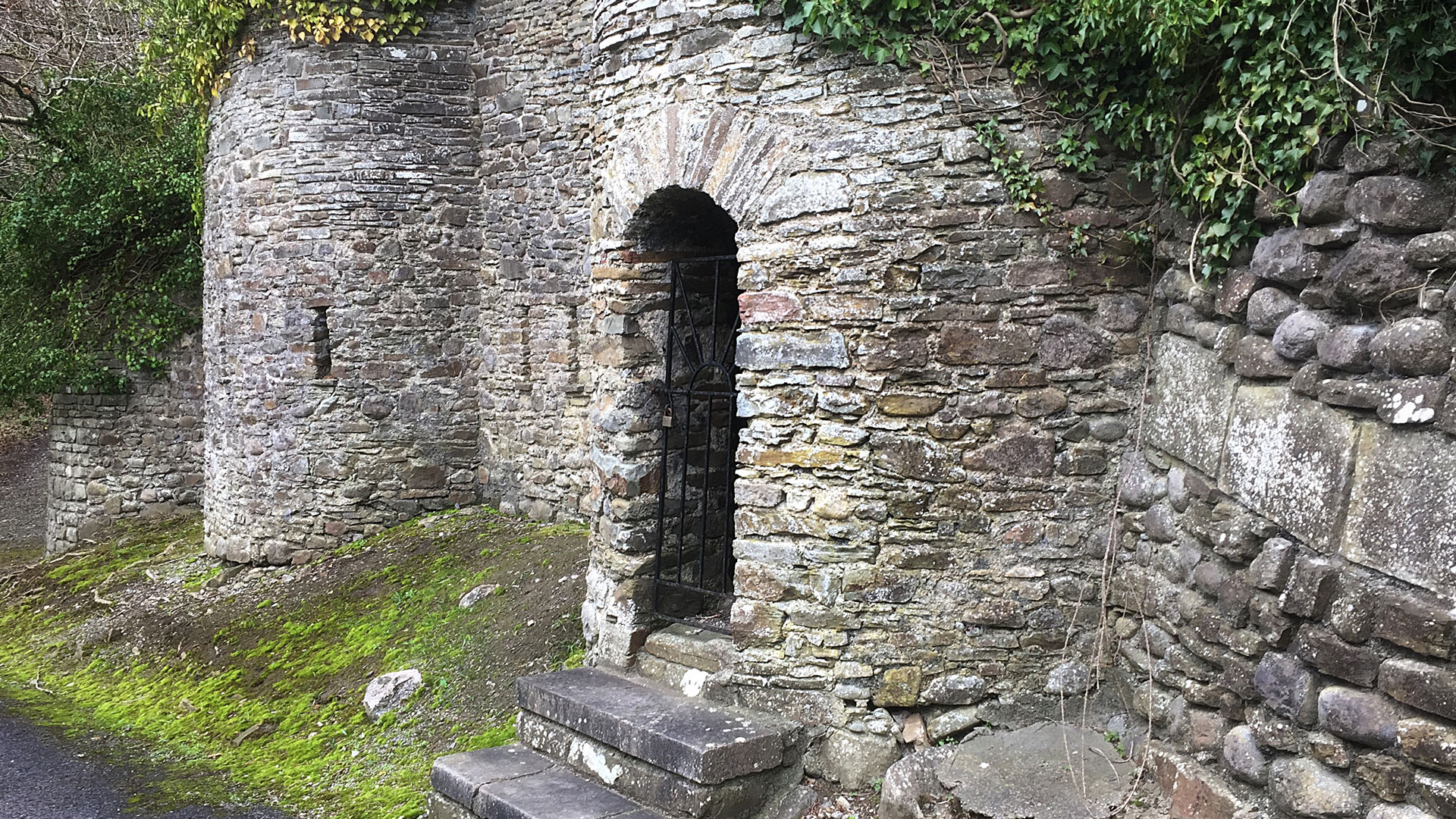 Situated at Heywood Demesne, Ballinakill, Sham Castle, and the Gothic Ruin, were constructed as follies, which were whimsical and fashionable additions to wealthy estates, at the time. The Trench family, who lived in Heywood House, intentionally had the follies constructed as ruins. They appear as they were meant to – in a faux ruinous state, and there was never any intention to complete the structures.
The area was used by the family to entertain guests, showing off the wonderful views of the lake, and no doubt the opulence which allowed them to construct the follies in the first place.

The window of the Gothic Ruin, which frames the lake view, is an authentic medieval structure, and it is thought that it may have been acquired from the ruins of Aghaboe Abbey.

Sham Castle, also constructed as a ruin, has four towers – one at each corner of the building.